Congratulations Elizabeth! Our Operations Manager Elizabeth has been awarded a Cert IV in Property Services (Operations) and Strata Managing Agents Licence. Very few Strata Report companies have a Licensed Strata Manager.  In fact, even Strata Manager’s can be Registered but not necessarily go the extra mile to become Licensed. We are extremely proud of Elizabeth’s achievements […] 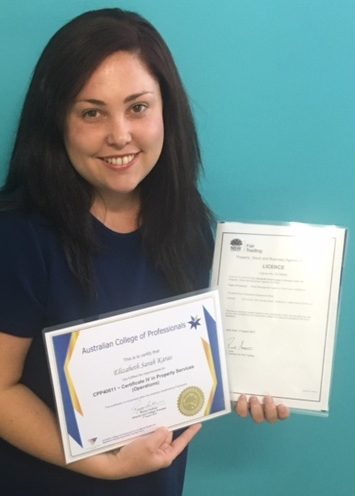 In October 2015, the NSW parliament passed major reforms to the state’s strata laws, to reflect 21st century living. The reforms, which will come into play late in 2016, cover most aspects of living in a strata building. Within the reforms, there are small name changes, time ­period alterations and other minor adjustments. There are other more significant changes […]

Saves time and money for buyers; offers value­ add and quicker sales cycle  to real estate agents M&W Legals’ newly launched service Buy Now allows buyers to save time and money by only paying the full amount for the Strata Report needed for the property they end up purchasing, rather than all the properties they don’t. “Traditionally, purchasing […] 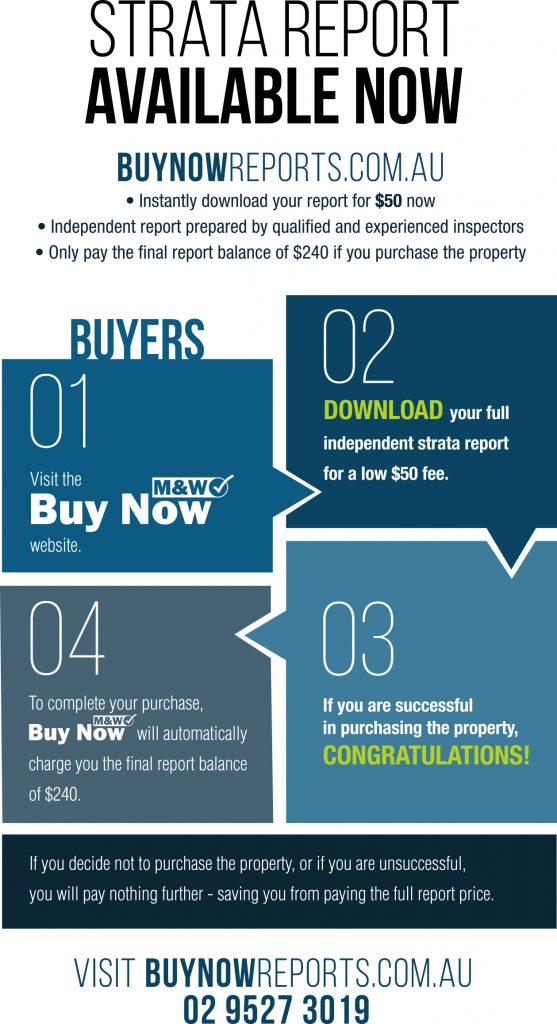